WELCOME TO THE ONLINE SHOP OF DARK FANTASY ARTIST - EGO

Ego is a Seattle based professional artist, using classical painting techniques to conjure intricately crafted portraits of macabre yet whimsical solitary outsiders. He feels a kind of kinship with these characters, as a socially-awkward extroverted introvert himself.  The seemingly melancholy, yet somehow also charming figures he dreams up appear to dwell in the spaces somewhere between the natural and metaphysical worlds. In his work there is often a juxtaposition between the grim and endearing, the modern and classical, the real and the surreal.

A self-taught painter, Ego's distinctive style is informed by a lifelong fascination with popular culture (movies, music, comics, skateboarding, etc.), as well as a profound appreciation for the work of classical masters. From the masters he's adapted the nuanced rendering of light and shadow, as well as the study of anatomy which he bends to fit the uniquely distorted nature of the denizens of his imaginary world. Living in the Pacific Northwest also influences the tone of his work. For a large portion of the year it’s dark and rainy. While many find this depressing, Ego feels the gloom contributes to a lush and hazy landscape that seeps into the colors and subjects of his paintings.

Through experimenting with different mediums, the technique which ultimately developed emulates the smoothness, depth and richness of oil paintings, using acrylic paint. Ego has shared these specialized techniques by teaching classes and workshops, as well as mentoring aspiring artists. 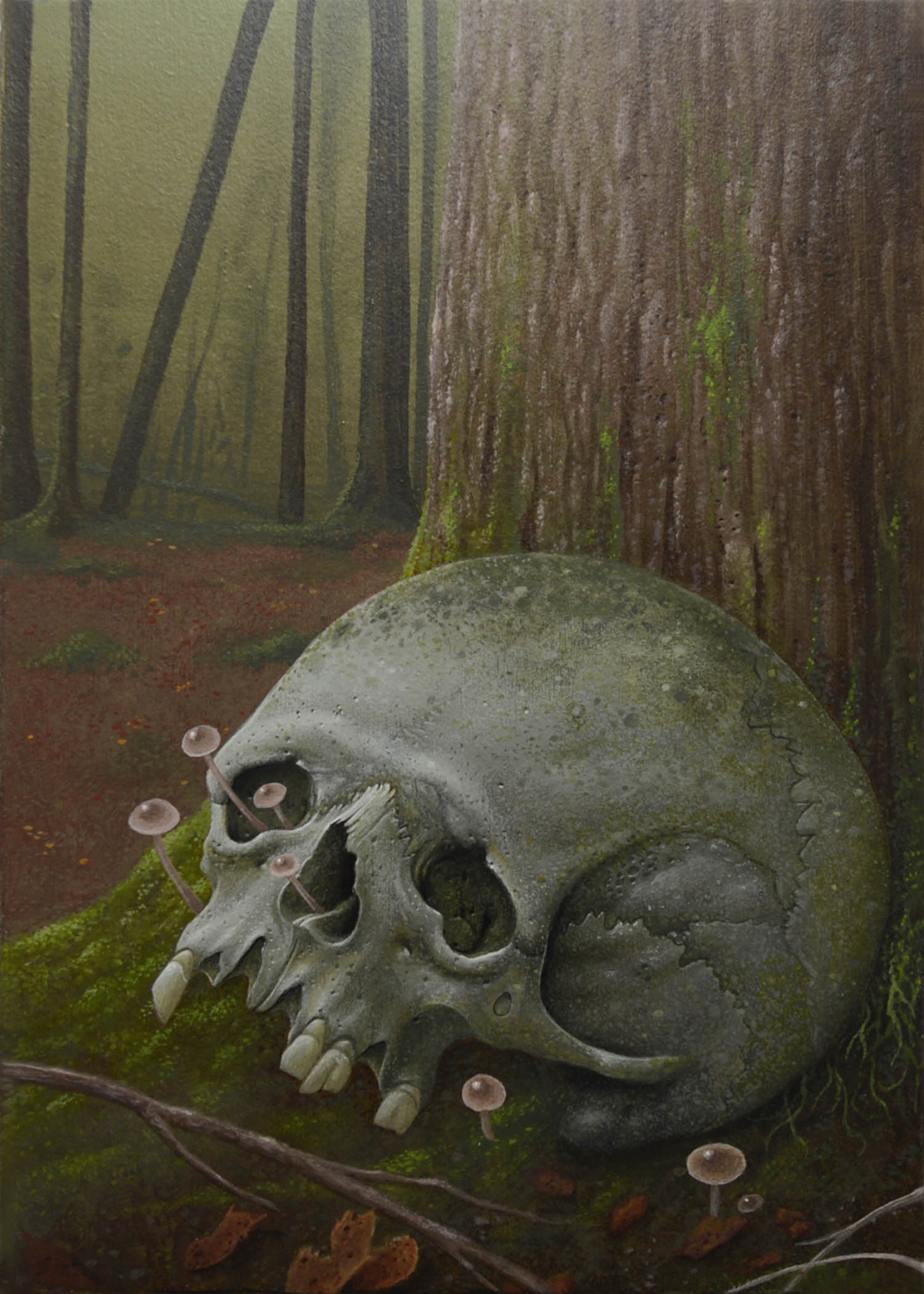 (Ego,contrary to what his name may seem to suggest, detests writing about himself in the 3rd person, but nevertheless does so in an effort to appear classier.)